Linear actuators for industrial use 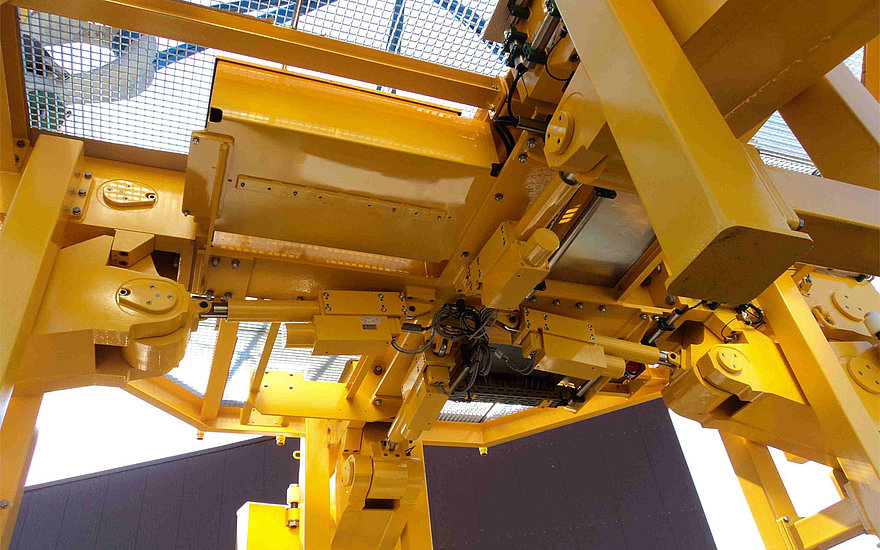 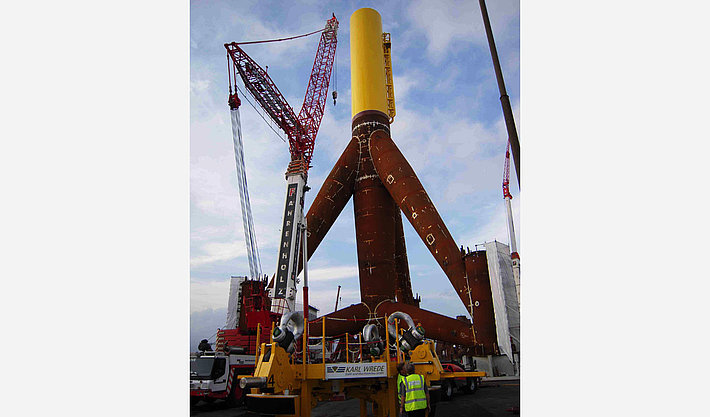 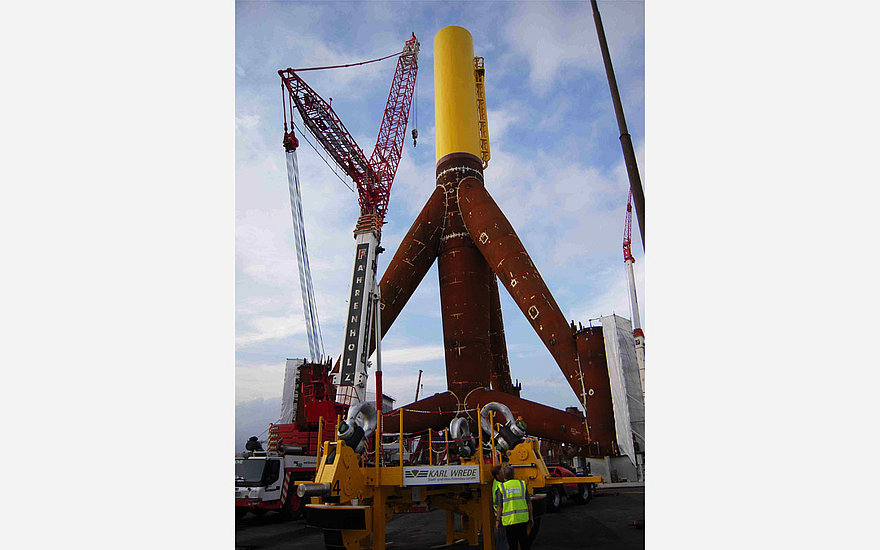 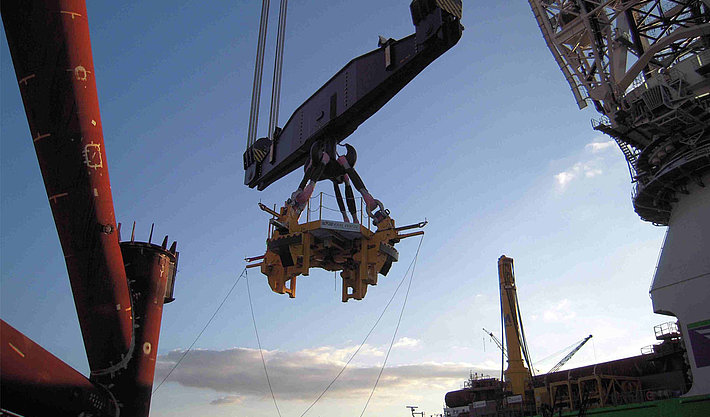 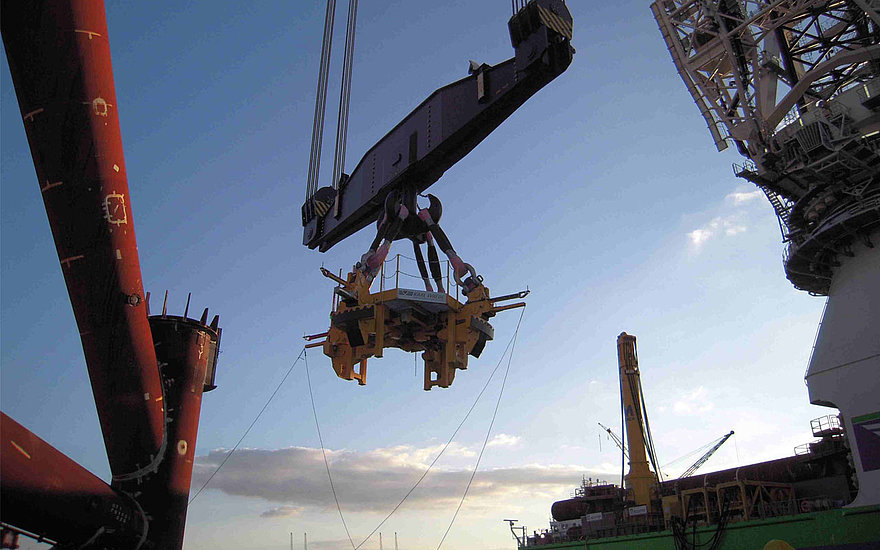 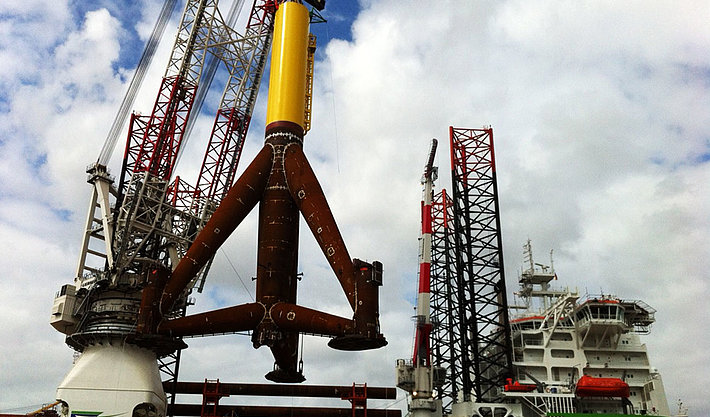 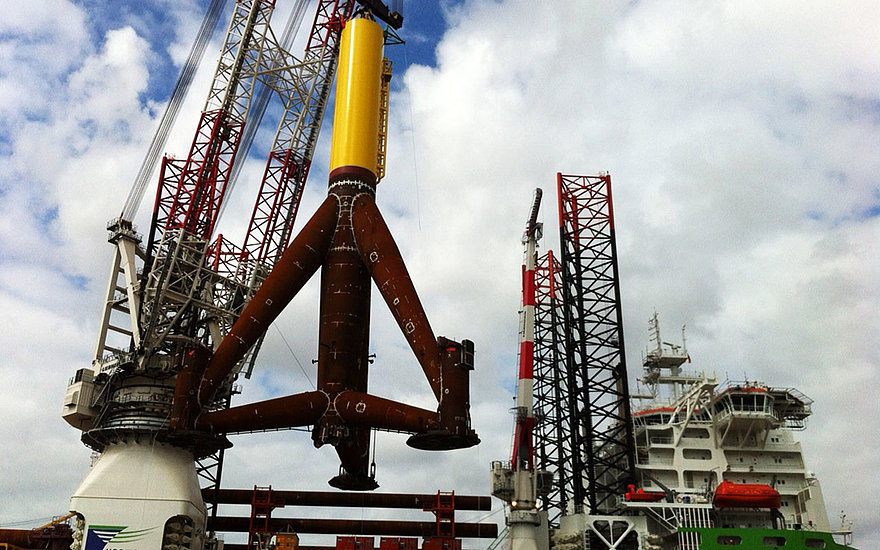 The patented crossbar made by Karl Wrede Stahl- und Maschinenbau GmbH is used during the installation of foundation structures for offshore wind farms. It is used to lift these "tripod" foundations from the deck of the specialised ship and position them in their location in the North Sea. The load handling system can support 950 tonnes. The crossbar features four extendable locking elements, each of which is moved by one Vario 2 linear drive. These elements are extended and engage underneath the tower flange to form an interlocking connection with the tower. Once the elements are locked, the component can be lifted and placed in its designated location. The locking elements are then retracted and the crossbar can be lifted out of the top segment of the tripod.