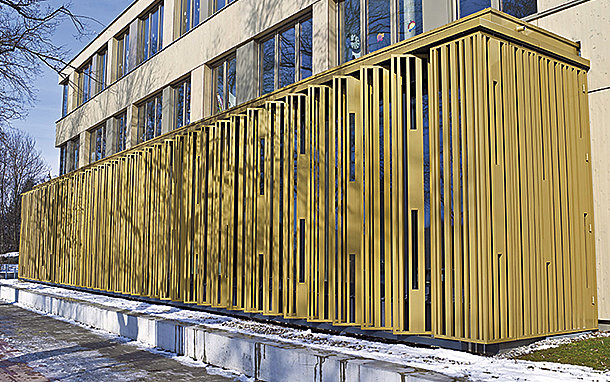 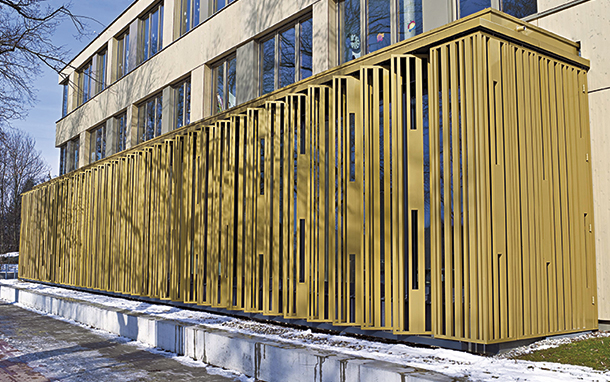 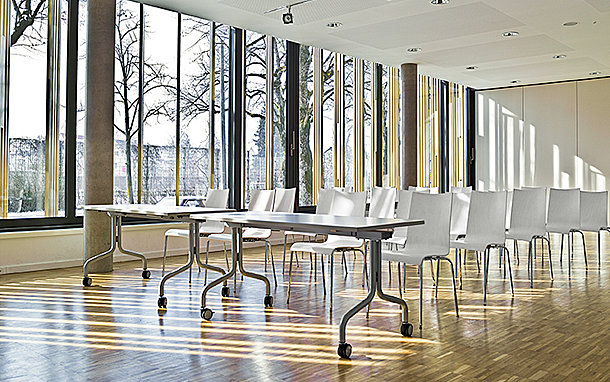 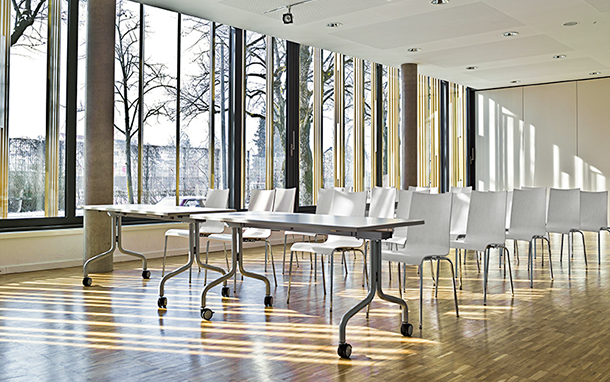 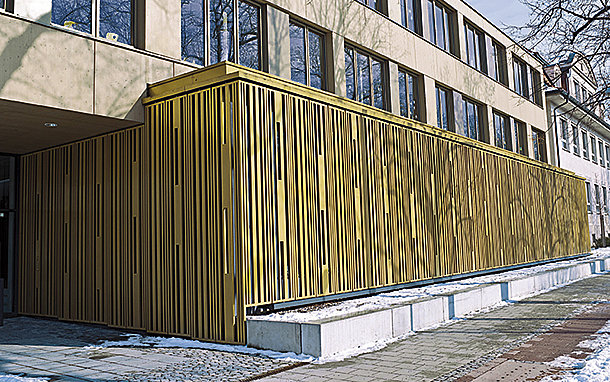 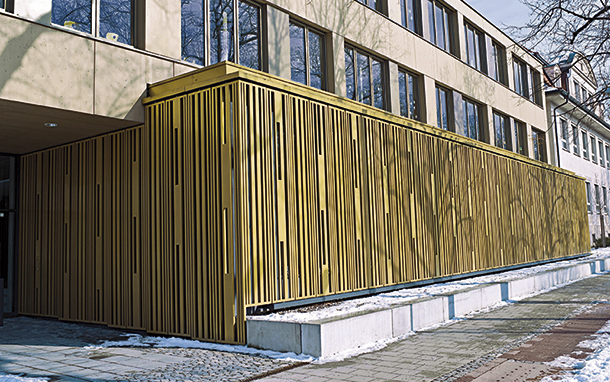 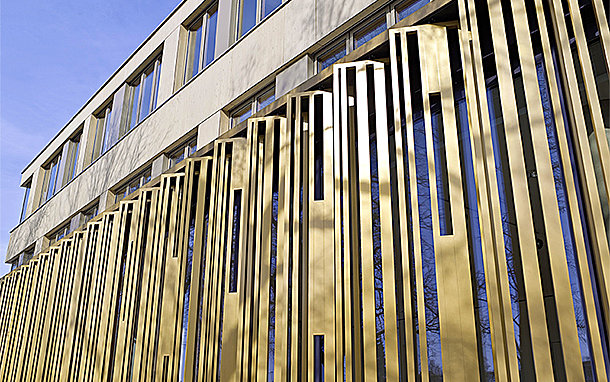 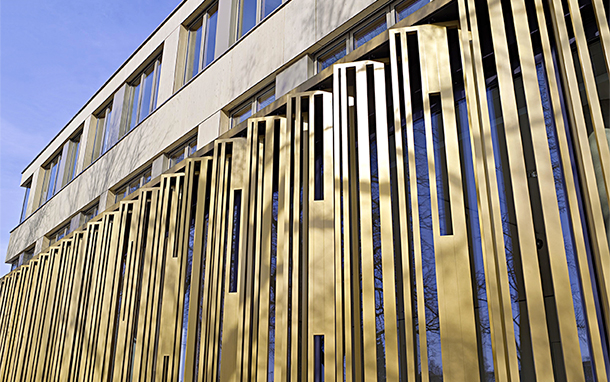 When the extension to Rosenheim primary school was built in 2005, the main requirements were to ensure privacy while making optimum use of natural light. Berlin architectural firm Heydorn.Eaton met these requirements by placing a single 23 metre-wide moving façade with 38 vertical metal louvres in front of the windows. The louvres are moved by the LIMAline 300 drive system from elero.

The system comprises ten drive chains. Nine Venetian blind motors move four LIMAline drives each and one Venetian blind motor moves two drives. The louvres can rotate up to 360 degrees, allowing for optimal adjustment at all times. As a result, the solution blocks the windows from prying eyes while supplying enough light to the rooms.